Medicaid. Legislative Budget Office Staff:
Medicaid is a jointly-funded State/Federal program providing health insurance primarily to low-income parents, non-disabled children, pregnant women, the elderly, and people with disabilities. As a requirement of participation, states must cover certain groups and have the option to cover additional groups. The Health and Human Services Commission (HHSC) is the single state agency responsible for Texas’s Medicaid program, but services are administered by a variety of state agencies.

The U.S. Secretary of Health and Human Services has broad authority to waive statutory and regulatory provisions, allowing states to test new ways of delivering and paying for services. For example:

The Chair asked for examples of 1915(c) waivers. LBB stated that they include CLASS, HCS, TcHML, and others. They all have different eligibility requirements. 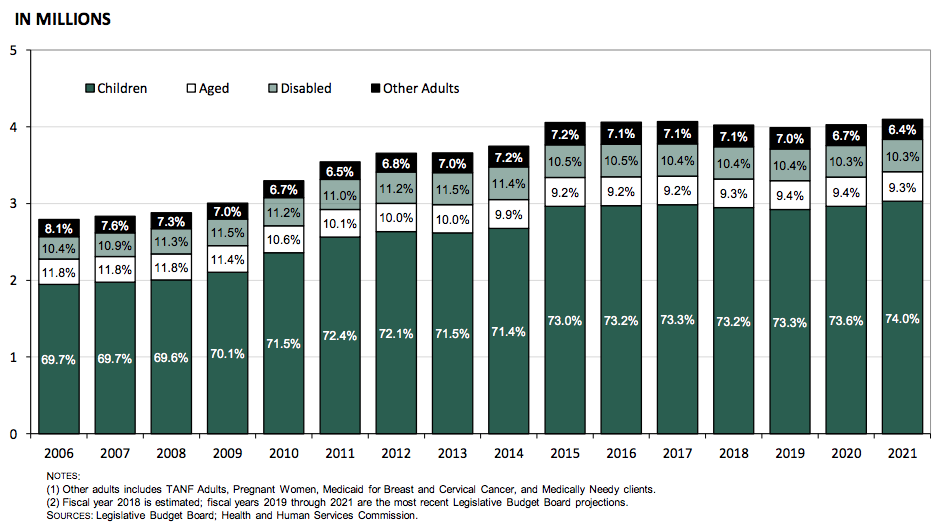 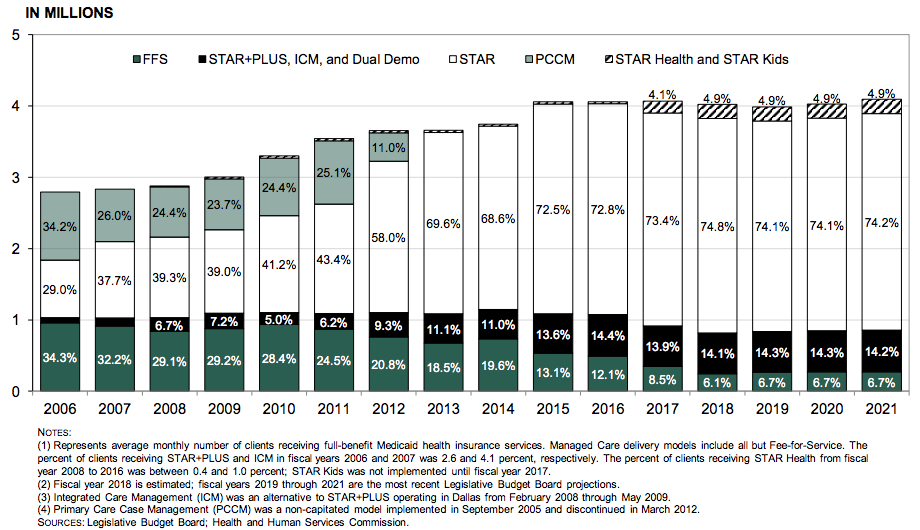 Clients who have received services through a fee for service model have decreased from 34.3 percent in 2006 to a projected 6.7% in FY 2021. The managed care models have increased from 65.7 percent to 93.3 percent over the same period.

Medicaid caseloads more than doubled from fiscal year (FY) 2001 to fiscal year 2015. Caseloads stabilized in FY 2016 to FY 2017 and declined by 1.1 percent in FY 2018, the first decline since FY 2000. Caseloads are projected to decline by an additional 0.9 percent in FY 2019 before returning to low growth in the 2020-21 biennium. Recent events contributing to caseload growth include:

The primary factors contributing to cost growth include the following:

The Chair commented on the mischaracterizations pertaining to state expenditures on Medicaid. Specifically, the idea that they are “spending less” on Medicaid. He stated that because they received a more favorable FMAP, fewer state dollars are necessary, but the program as a whole is expanding. We’re able to grow the program “less on the back of GR.”